In this continuing series we’re setting up the hardware and installing Ubuntu to the HC2s.

Get everything unboxed, and find yourself oddly pleased with how well the cases snap together to form your nice new tower. You can see here what they look like stacked, and you can see the barrel plugs I need to tie into my power supply. 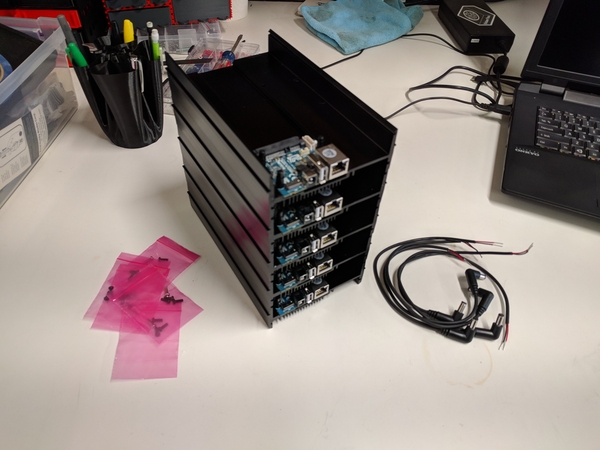 I wired up the plugs to a single set of wires to make managing the easier. I just used a crimp and heat shrinked it to make it look nice, actually came out pretty good. 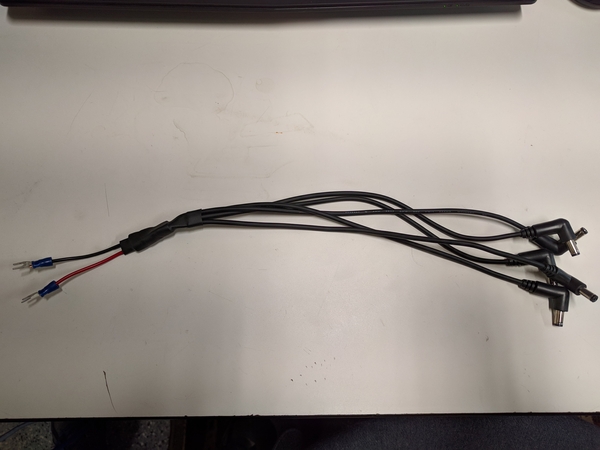 The power supply does not come with any plugs, so I harvested a cable from a computer power cord I had laying around. Just cut the end off, and crimp on some spade ends to screw into the power supply. This is mains wiring, if you are not comfortable with this, you may want to consider harvesting an old computer PSU, or just buying the bricks that ODROID sells. 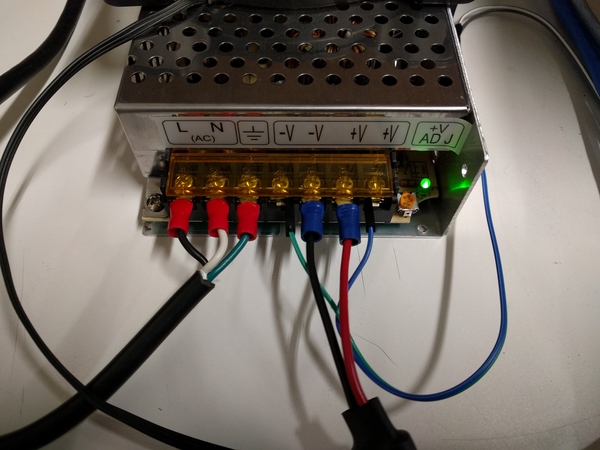 With all the power wires finished we can wire up the HC2s to the network, and fire it all up! This is what it looked like after all was said and done. I’m still modeling a “case” to hold it together a bit better, and mount the PSU to the stack as well as some fans. You’ll see some fans on it in a very janky setup here, it worked well enough to get me through the install. 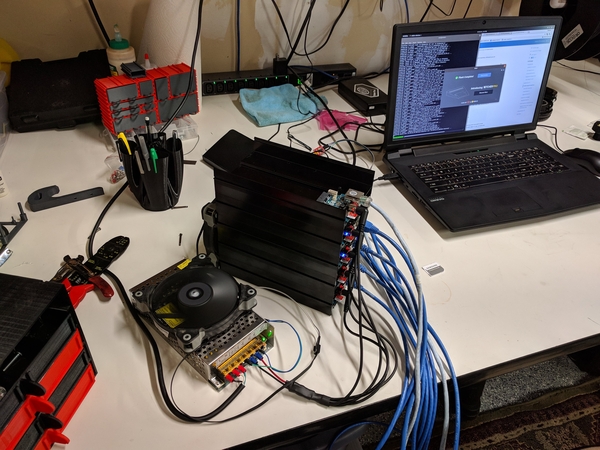 I should note the fans aren’t required, I just have a bunch of case fans from an old PC laying around and thought it would be good to put them to use.

This part is pretty simple, you’ll download the XU4 image (the HC2 and XU4 are the same platform) minimal install, flash it to a microSD card, boot it up. It is a slow process so be patient. This process may seem a little weird to you if you are not used to running a headless box, and haven’t seen/used an unattended install before. Basically the image is already scripted to install itself once the system is booted up, but with no monitor, we have not way to sort out the networking via the HC2 and will need to use other means.

Here is a quick rundown of how to setup the OS and install Kubernetes, I link to other documentation where it makes sense. I’d suggest reading all of the steps before doing anything as unwinding a borked Kubernetes install can be tedious.

This was going to be included above, but it got a bit long for a list, so now it is two lists. Again as with the steps above read all of the steps before proceeding!

That’s it, you’ve now got Kubernetes installed on your own little cluster! Go deploy something on it! I’ll be doing one more blog post where I migrate my blog to Kubernetes. I plan to include as much detail as I can about connecting services to the outside world.